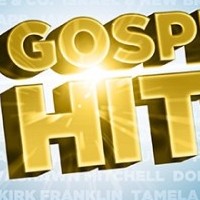 The global stars and legends whose songs have been in heavy rotation with fans in the past decade range from – Kirk Franklin’s “I Smile,” Hezekiah Walker’s “Every Praise,” Tamela Mann’s “I Can Only Imagine,” VaShawn Mitchell’s “Nobody Greater,” and Earnest Pugh’s “I Need Your Glory” – to “The Gift,” by Donald Lawrence, “The Best In Me” by Marvin Sapp, “Awesome” by Pastor Charles Jenkins & Fellowship Chicago, “He Wants It All” by Forever Jones, “Amazing” by Ricky Dillard & New G, and more.

Compiled on one double-disc album, Billboard #1 Gospel Hits also features some unparalleled matchups among them, including “Let The Church Say Amen” from Andraé Crouch ft. Marvin Winans, “I Believe” from James Fortune & FIYA ft. Zacardi Cortez and Shawn McLemore, “I Want to Say Thank You” from Lisa Page Brooks ft. Royal Priesthood, and “It’s Not Over (When God Is In It)” from Israel & New Breed ft. James Fortune and Jason Nelson.

Leading fans on a powerful journey to renewed spiritual vitality with the diverse sounds of contemporary gospel, praise and worship, and choir, the mix of invigorating and contemplative hit singles showcases the continued indispensable impact of gospel on music today.

For a complete list of songs, pick up Billboard #1 Gospel Hits at major retailers or online from iTunes and Amazon.