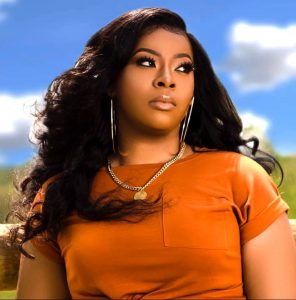 Hailing from the east, Enon Music Group takes pride in introducing the world to  Jemila Richardson.  At first glance, she’s an old soul encapsulated in the body of a millennial .  But one listen to her unique song stylings and anyone under the sound of her voice is convinced that she is one of this year’s best surprises.  Her new single, God Is A Waymaker is living proof of that.

The Baltimore resident grew up fostering a love for genuine music of all varieties and the undeniable sounds of Gospel, with early exposure to the rugged style of quartets like Sam Cooke and the Soul Stirrers as well as modern day musical  influences from Mary Mary, to The Winans and Fred Hammond.  Her school years allowed her the expanse to grow as she studied music and played various instruments.  This all served as a foundation that would propel her on to stages in concert halls and churches around the United States as well as abroad. She developed a keen ear as she developed her songwriting and arranging skills, which would prove useful in years to come.  Today, Jemila is in demand as a session singer, vocal arranger and producer.

Jemila’s versatility gives her the range to appeal to audiences across musical genres, and she can adequately handle traditional, contemporary and Praise and Worship music, however,   she finds her own place in the space of Urban Contemporary music.  God is a Waymaker  will warm the hearts and comfort the spirits of all who hear.