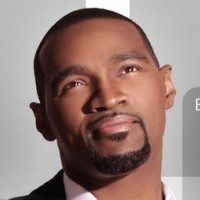 Pugh, a multiple Stellar award nominee, is nominated in the Traditional Male Vocalist of the Year category for his latest Billboard Chart topping #1 album, W.I.N. (WORSHIP IN NASSAU) (P-Man Music). Featuring the 2 Billboard Top 20 songs “More of You” and “I Believe You Most” featuring J. Moss, the critically acclaimed project preceded his prized, 2014-released JUST WORSHIP EP which nabbed a nomination for Praise and Worship CD of the Year.

EPM Music Group also welcomes a _Special Event CD of the Year nod for the collection of dynamic gospel newcomers assembled aboard the EARNEST PUGH PROUDLY PRESENTS GOSPEL’S RISING STARS album. Premiering to an impressive #4 debut on Billboard’s Top Gospel Album chart, the project – kicked off by the Angela Davis-led “I Made It” – shines a well deserved spotlight on some of the genre’s rising talents like BET’s Sunday Best finalist William Demps and Michelle Prather of the Kurt Carr Singers alongside many of the industry’s best kept unsigned artists.

Set for live taping at the Orleans Arena in Las Vegas on March 28, 2015, the 30th annual Stellar Gospel Music Awards will air on TV One on Easter Sunday,
April 5, 2015. Check local listings for channel and air times.