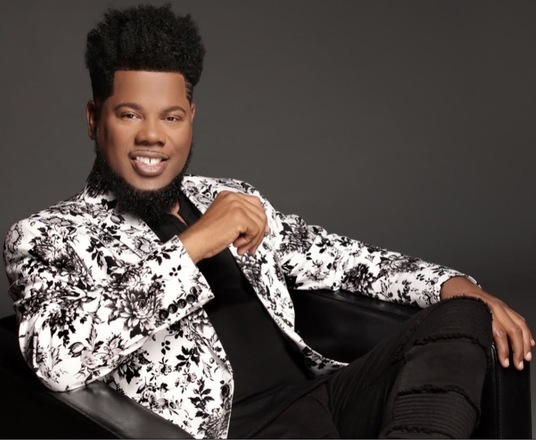 He is a multiple award-winning international artist, an acclaimed choir director, and anointed songwriter.  What makes him a music mogul is that he adds producer, record label owner, radio show host, and highly sought after music and ministry clinician to his prowess.  Earl Bynum is one of Gospel music’s most notable persons and he is in the prime of his life.

Bynum’s L’Rae Entertainment record label was launched a few short years ago and is making a notable imprint in Gospel and Contemporary Christian Music.

Signed to the growing label is rising Gospel artist A’SAUN who has released two hit singles “Amazed” and “Days of Elijah”.  You can listen to A’SAUN on Spotify.

Bynum also signed CCM artist Andrew Kurtz to L’Rae Entertainment this year and released his MILE AFTER MILE EP.  In addition, Andrew is on the first-round ballot for the 2020 GMA Dove Awards for Pop/Contemporary Song of the Year.

As an artist, Bynum is continually writing and releasing new music.  His newest worship single “Safe In His Arms” is making moves on the Billboard Gospel Radio and Radio Most Added Charts.

Listen To “Safe In His Arms”

Earl Bynum has also received an official nomination for the 2020 Kingdom Image Awards for Male Artist of the Year.  A’SAUN received a nomination for Best New Artist of the Year.  The 2020 Kingdom Image Awards Virtual Experience will be held on November 1.  Voting is open now and is open to the public through October 1.  You can cast your vote at KingdomImageAwards.com/vote.

You can catch Bynum hosting his weekly nationally syndicated radio show On Stage With Earl Bynum on the Rejoice Musical Soulfood Network.  He and his co-host Lucinda Moore are on-air each Saturday from 10 AM – 12 PM EST in over 50 markets.

Bynum will also be appearing virtually as a guest of August Hymns for Him, Inc Presents HYMN SING on Sunday, August 9 at 5:30 PM via Facebook live on Facebook.com/hymnsforhiminc.  He will be a guest facilitator at the 2020 National Convention of Gospel Choirs and Choruses (NCGCC/Thomas Dorsey Convention) Virtual Convention on August 15.  The NCGCC Convention can be watched on Youtube, Facebook Live, ROKU and 360WiSE TV from August 10-15.