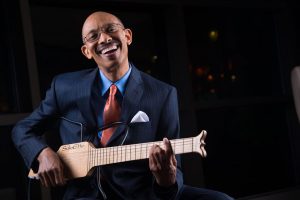 Dr. Leonard S. Scott is a true pioneer in the gospel music world. He was one of the first recording artists to introduce praise and worship music into the black church community with signature songs such as “Lord, You Reign” and “The Pentecostal Praise Medley.” He’s also the co-founder of Tyscot Records, the oldest operating African-American gospel recording label in the world. Now, the Stellar Awards Gospel Music Academy has announced that Dr. Scott will be inducted into the Stellar Hall of Fame during the 32nd annual Stellar Gospel Music Awards that takes place Saturday, March 25, 2017 at The Orleans Arena in Las Vegas, NV.

The big news has Dr. Scott feeling good as his latest radio single, “Feel Good” from the album “Feel Good: Celebrating 40 Years of Life Changing Music” (Tyscot), would indicate. “It is a great honor to be recognized by Don Jackson and the Stellar Awards for our accomplishments at Tyscot Music & Entertainment,” he says. “It is because of the faithfulness of our God and the diligence of our artists, label partners, industry affiliates and team that we have not only survived, but thrived through the past 40 years in what is often a very volatile enterprise. It is humbling to be able to promote a product that has potential to change lives for eternity’s sake. To be honored by the prestigious Stellar Awards only serves to increase our gratefulness. “