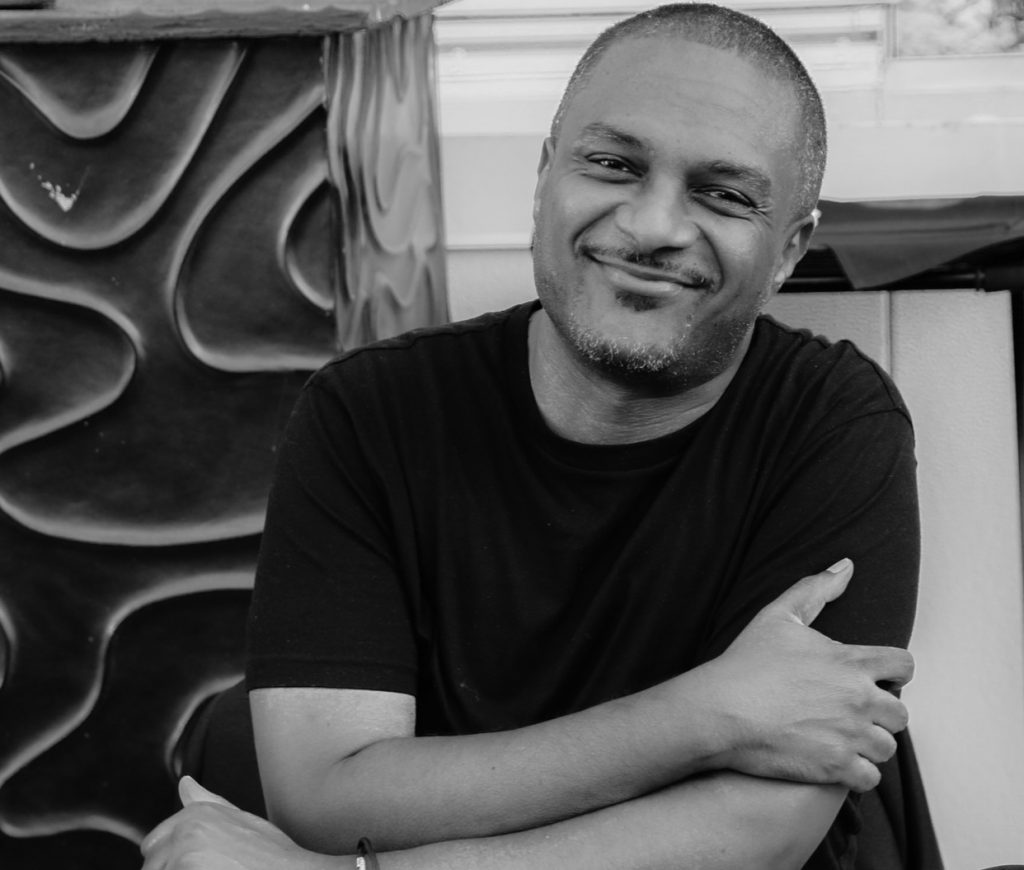 Clark was born September 27, 1967 in Glendale, CA, and raised in nearby Altadena.As a teenager, he was an active member of the West Angeles COGIC church where he came to work with its legendary music department leaders, Kurt Carr and Dr. Judith Christie McAllister. In his early `20s, he was a member of the co-ed group, Higher Dimension, and later joined the male R&B act, Volume 3, which was spotted by future American Idol judge, Randy Jackson, who helped them land a deal at Columbia Records in 1992. None of their music was ever formally released and the group eventually disbanded. stage. He eventually found himself at GospoCentric Records, working with its founder Vicki Mack-Lataillade, as an A&R director, working with artists such as Stephanie Mills, God’s Property, Kirk Franklin, Byron Cage, Lawrence Matthews and Carr, among others.

According to Carr, Clark was the first person to publicly sing the lead on, “For Every Mountain,” one of his signature songs. It’s been reported that when Clark sang it at a West Angeles church service, the congregational response was so strong that the pastor – Bishop Charles Blake – couldn’t preach that morning.  He told Carr that he should definitely record that song. Carr did and it’s one of his most popular songs.

Combining his experience with GospoCentric and also with the Screen Actors Guild, Clark eventually formed a talent agency, Clark Management, in 2002. Some of his roster of clients included BSlade (aka Tonex), Octavia Pace, Charles Butler & Trinity, among others. On the side, he often hit the road as a background vocalist for his best friend, Stephanie Mills.

Friends are invited to send video greetings to troyclarktribute@gmail.com to be included in the virtual concert.

Clark is survived by his mother, Sandra Clark; his sisters Traci Clark and Tamitra Clark; and several extended family members. His father, Dexter Clark, preceded him in death.