ATLANTA, Oct. 27, 2010— GMC, America’s favorite channel for uplifting music and family entertainment, will present the GMC World Premiere Movie, Blessed and Cursed, on Saturday, Oct. 30 at 7 p.m. ET with encores that night at 9 p.m. and 11 p.m.

Blessed and Cursed is a modern retelling of the dramatic Biblical account of Saul and David. The film stars gospel music sensation Deitrick Haddon — in his first feature film —  as Dwight Hawkins, an incredibly gifted young man who is searching for his purpose. As a boy, Dwight witnessed his father’s dream taken away in an instant. Compelled to help his father, Dwight must choose between family obligations versus his own dreams of gospel music superstardom. The film also stars Sheryl Lee Ralph and gospel greats Drew Sidora, Karen Clark Sheard, Rance Allen, Kiki Sheard, Jay Moss and Bobby Jones.

“I’m excited to know that GMC has decided to be the first network to air this awesome film Blessed & Cursed,” Haddon said. “Blessed & Cursed is the first of its kind in our genre. Never before has there been a Kingdom film starring so many bonafide gospel artists. I pride myself on being original and I’m elated to partner with an original network like GMC.”

Additional information on the film can be found at http://www.gmclife.com/blessed-cursed.

GMC (www.watchGMCtv.com), the fastest-growing network in television and the number one digital network in perceived value (source: BETA Research), is America’s favorite channel for uplifting music and family entertainment. Recently, The Parents Television Council™ awarded its Entertainment Seal of Approval™ to GMC for being “an authentic family-friendly cable network.”  GMC is the only television network to receive the highly coveted honor in 2010. 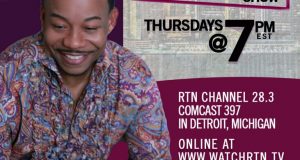 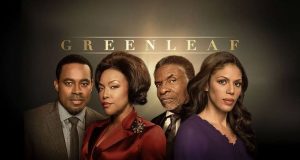 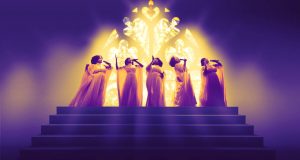