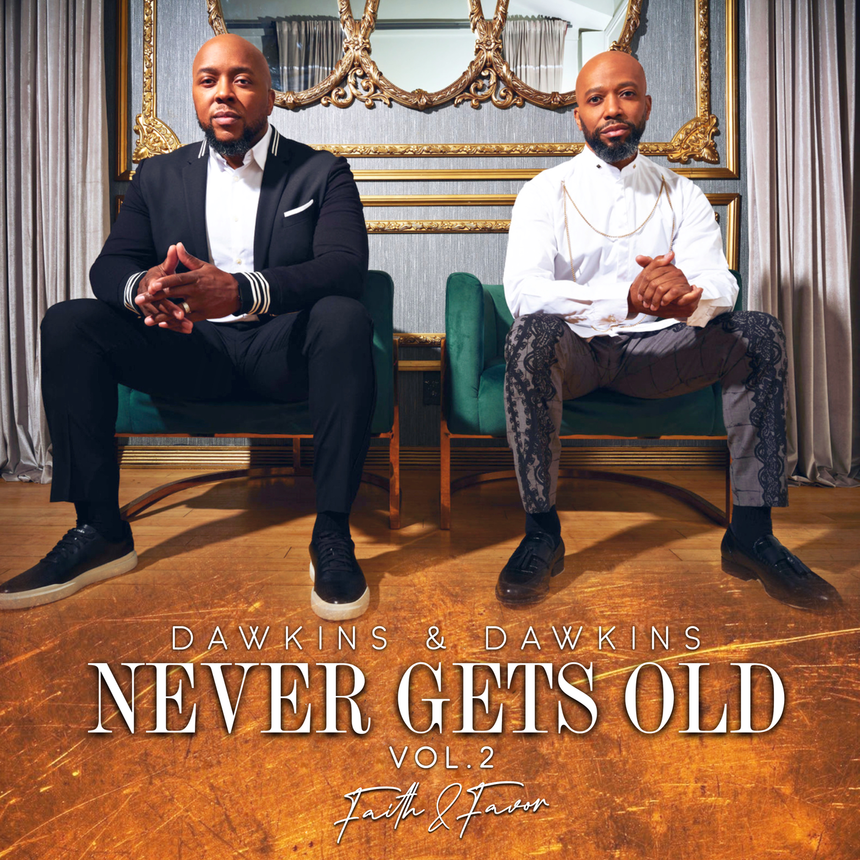 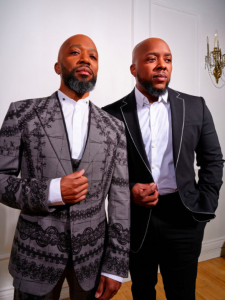 They are powerhouse producers, dynamic songwriters, and masterful arrangers who straddle the lines of Gospel, Soul, and R&B.  Dawkins & Dawkins are the trendsetting Gospel duo who have an unmistakable sound and style compared to none.  It has been ten years since brothers Anson and Eric Dawkins‘ last album FROM NOW ON. They have returned to unleash a vault of new music that represents their best creative work and synergetic flow.

Dawkins & Dawkins (D&D) have introduced their 4-volume music series NEVER GETS OLD, which is an epic contribution to their existing impressive catalog.  They released Vol 1: LOVE & LIGHT earlier in June, which featured the hit single “In My Feelings”.  The duo has now dropped the next installment Vol 2: FAITH & FAVOR.

“The concept behind releasing this multiple volume series is to give fans an abundance of content to enjoy since they have been waiting for 10-years for a new project,” says Legacy Music Groups CEO Jovan Dawkins.  “This idea was presented to us by longtime D&D friend DJ Mal-Ski.”

NEVER GETS OLD Vol. 2: FAITH & FAVOR is available now on all digital music outlets and is released by Legacy Music Groups.  The album is eight tracks strong and includes “Trust” (feat. Alic Walls) and D&D’s new radio single “Come By Here,” which is impacting Gospel radio stations across the country now.

Listen To “Come By Here”

“Come By Here (Kumbaya) is a very familiar song phrase that dates back many decades,” Anson Dawkins explains. “At its core, Come By Here is meant to be a picture of what it looks like to be vulnerable and upfront about the human condition. We do everything we can to be our best, yet ultimately needing intervention, we call on the divine, our Lord and Savior, to come by and do what only He can do. The music offers a hopeful vibe while the message is a desperate cry for help.”

D&D has the aptitude for creating sweet melodies of reverence or a groove track with a bounce on it. The common thread is the message. People need Love and Light now more than ever in our current times of turbulent global pandemic, civil unrest, and racial tension.  And, through Faith and Favor, people need the everlasting confidence that the Lord will Come by Here.

“We want to continue to create music that provokes thought and emotion – music that you can play many years from now and still feel that it is relevant,” says Eric Dawkins.

The music of Dawkins and Dawkins continues to transport people to a better place through reflection and hope.  Their genius is music for you to add to your playlist to worship, jam to, or chill to, and bet it never gets old.