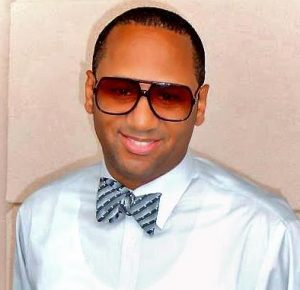 As a member of Capitol Records recording Group 4 by Four, Damen Heyward had his first taste of fame when the group scored two Billboard top ten singles in the 80s. He later joined the Force MDs and recording and performing with the group for several years. Today, the singer/songwriter and producer makes his Gospel music debut with the release of a concept video for his new single My God is the Greatest.

The New York native says Gospel music is a return to his roots.  “I grew up in the church”, says Heyward. “I received the Lord at a very young age but like a lot of folks I lived in sin.  God got a hold of me and in 1997, I rededicated my life to Christ. The Lord was preparing me for a greater work so after years of sitting in the pews of Love Gospel Assembly in the Bronx NY, the Lord began to deal with me about a call to the ministry.   I accepted and attended the Voice of Freedom School of Ministry , first being licensed as an Evangelist in 2011 and then the Pastoral office in 2013. Little did I know that God would once again use my music as a tool to evangelize and reach the masses with the Gospel.”

My God Is The Greatest is the first single from Heyward’s forthcoming inspirational album written by Heyward and Shawn Rey Smith.  The song is produced by Jimmi Kendrix Smith and Shawn Rey Smith.  Damien says of the song, “this was the right time to give my life story, my testimony, of the goodness of Christ through song.”
Advertisements