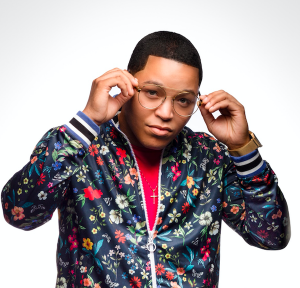 On the heels of his recently released single “OMG”, Christian rapper Young Saint is set to release his Dream Gospel/Capitol Christian Music Group album debut April 2020. The excitement is building as the North Carolina rapper’s debut single “OMG” continues to gain traction at radio. Young Saint is known to get any event “jumping” and “OMG” has a head-nodding rhythm that automatically makes you want to dance while simultaneously reminding you of God’s goodness.

Saint is the first rapper to be signed to Dream Label Group and is currently managed by the award-winning Platform Agency Management Firm. His previous musical efforts have garnered him the respect and admiration of his peers, landing him several awards which include a 2018 Kingdom Image Award for best in Christian hip-hop, a 2018 Steeple Award for Urban Artist of the Year, and a 2017 Gospel Blue M.I.C. award to name a few. He has graced the stage alongside Canton Jones, Da’Truth, Kierra Sheard, Jor’dan Armstrong and the like.

For Young Saint, also known as Bryan Carter, reaching millennials through Hip-hop beats and uplifting lyrics is one of his top priorities. Hailing from Fayetteville, NC, this small town rapper with a big heart learned early on that his faith and knowledge in God were the only things that would get him through life’s lows. He is especially driven towards those who deal with depression and hopes that through his positive message he can encourage youth to never give up. This message of hope was expressed in his 2017 single “Hold Me Together” featuring Chandler Moore, which debuted at #12 on the Billboard Top Gospel Album Chart.

About Young Saint:
Bryan “Young Saint” Carter is a multi-award winning Christian artist and rapper from Fayetteville, NC and a sergeant in the United States Army. He is a husband and father of 3 beautiful children. He began his musical career in 2012 and released his first album in 2014 entitled “Favor Ain’t Fair” and followed up with his second album “ Transition Live” in 2016. His goal is for millennial lives to be changed through his music and he continues to create music that does just that.