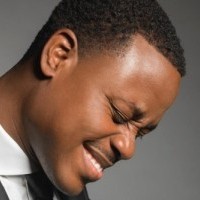 It’s not only winning over the general public but it’s also winning over television producers. Jenkins and his ensemble have been slated to perform the song on BET’s eighth season of the “Sunday Best” singing competition and also on the 35th and final season of the network’s “Bobby Jones Gospel” program.

An established Grammy® Award-winning songwriter and pastor of the 8,000-member Fellowship Chicago church, Pastor Jenkins burst into the national spotlight when he and the Fellowship Chicago choir’s radio debut “Awesome” topped Billboard Magazine’s Hot Gospel Songs chart for 22 weeks in 2012.  It won a BMI Award in 2014 for over 50,000-lifetime radio spins.