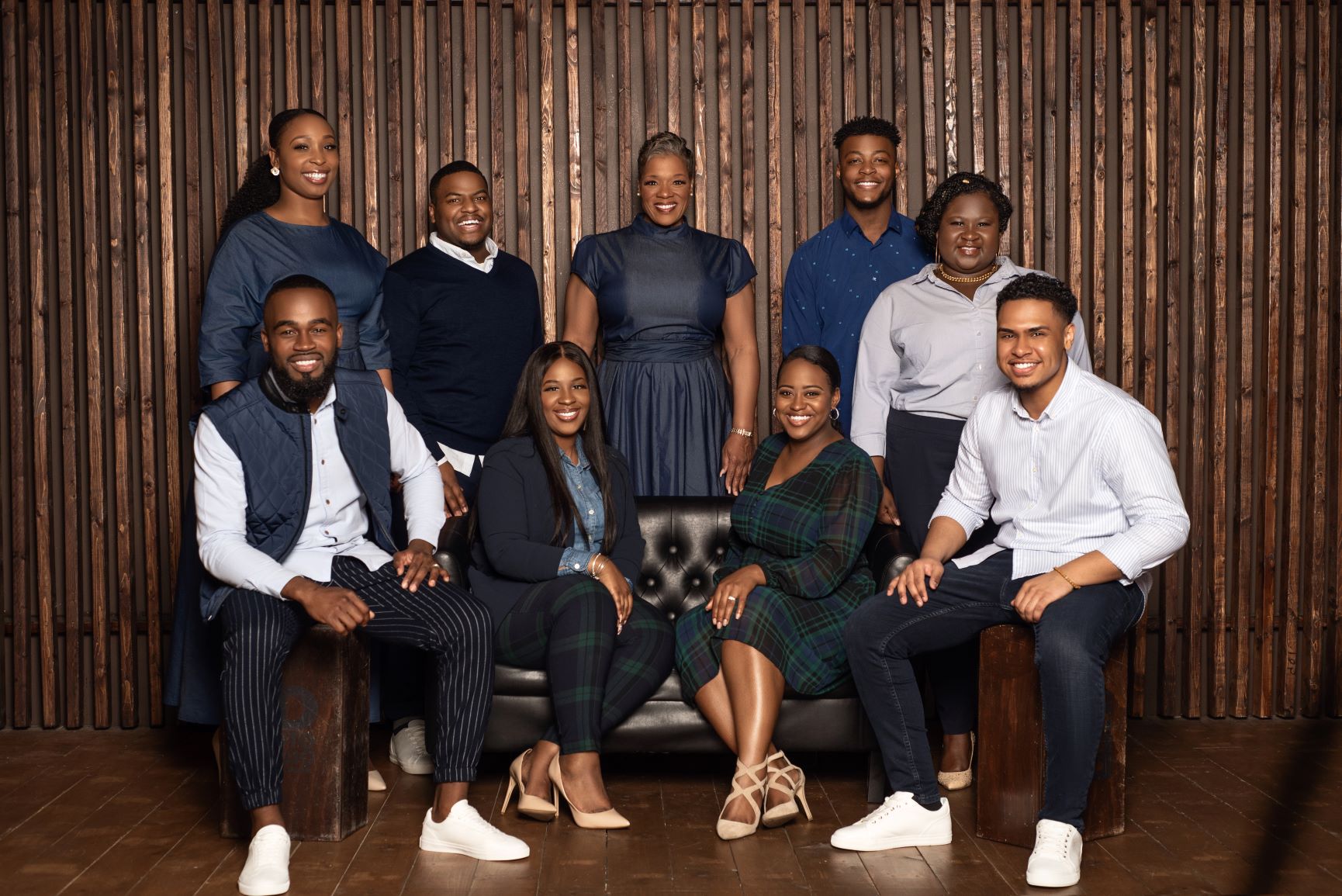 International and celebrated Choir Director Chantel R. Wright’s Pneumatica joins the annual Thomas Dorsey National Convention of Gospel Choirs and Choruses from Sunday, August 3 through Sunday, August 11 at the Detroit Marriott at the Renaissance Center. The nine-member inspired youth-ensemble will perform selections from the group’s debut CD, Chantel R. Wright Presents Pneumatica: All We Need.
With a full-week of promotional activities, Pneumatica will open the worship service at the national convention on Sunday, August 3; on Wednesday, August 7, group member Orson Benjamin will lead the Morning Glory service, along with the ensemble; and on Friday, August 9, the group will join Bishop Wright for the evening worship service at 7:00 p.m. at the Christ Centered Assembly Holy Convocation in Southfield, Michigan.
Pnematica’s new single, “The One Who Endures,” was recently released to Gospel radio. Led by group member Nia Gaines-Greenwood featuring Wright, the song is reminiscent of The O’Jays’ classic “Family Reunion.”
Wright, along with group member Benjamin, co-wrote the songs on All We Need, which is available on iTunes and Amazon, and other digital music platforms worldwide. Released on LeChateau Earl Records, by label owners Damien L. Sneed and Detroit’s Bishop Iona Locke, the ensemble includes Wright, Gaines-Greenwood, Orson Benjamin, Richard Sullivan, Jr., Yeshak A. Pellot, Yvette Benjamin, Alicia J. Etienne, Jamar Johnson, and Faith Smith.
ABOUT CHANTEL R. WRIGHT
Chantel R. Wright is one of the most gifted, experienced, learned and anointed ministers of music blessing the world today. As a pastor, award-winning choral conductor, orchestral conductor, educator, community activist and spiritual advisor operating out of her home base of New York City, Chantel Wright has traveled to many parts of the world spreading God’s loving messages, the joy of music and the audacity of hope.
Wright was consecrated as a Bishop in the Lord’s Church known as Christ Centered Ministries Assembly (CCMA) and is given episcopal charge over Virginia, West Virginia, Kentucky, and Utah. Wright is a Choral Union president of the Thomas Dorsey National Convention of Gospel Choirs and Choruses, where she is on the national board of directors. She can also be found on WLIB-AM as the host of “The Hour of Power.” She is a recipient of The New York Times Teachers Who Matters Most Award, among numerous other awards and honors.