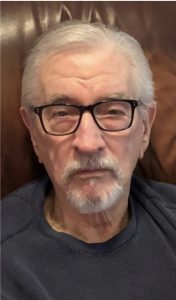 Central South Distribution (CSD) mourns the death of President and Co-Founder Charles Henry Adams known by the Gospel Music Industry as Chuck Adams. Chuck passed away on May 27th at his home in Franklin, TN.

In the 60’s Chuck moved to Nashville and worked for Southern Records.  He and two of his colleagues decided to venture out on their own and founded Central South Music Sales, Inc. in 1970. They went on to open over 50 retail music stores called Sound Shop and Music 4 Less, soon after Central South Distribution was founded.

“It was my pleasure working with Chuck Adams for so many years,” states Randy Davidson C.E.O., CSD. “We started with a vision to take music to the masses and we accomplished it. I will truly miss his partnership and friendship.”

Central South Distribution is an independent Christian music distributor. The company became one of the first full-line gospel distributors in the country to provide music nationwide. CSD distributes gospel music to all of the top Christian based retail outlets and mainstream accounts. Central South also provides digital music to all digital media platforms.

“It was an honor to work beside Chuck for over 30 years. Chuck had a vast knowledge of Gospel music and he loved the music and the people behind it,” says Greg Davidson V.P., CSD.

Chuck’s dedication to Gospel music led to the success of multiple independent artists’ sales at retail. His innovative approach to Gospel music distribution changed the trajectory of the gospel music industry as we know it today.