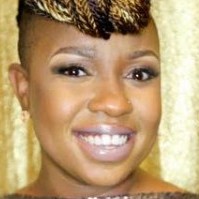 Three of Capital Entertainment’s top artists are in the first round of the Gospel Music Association’s Dove Awards balloting process. The professional voting members of the 51-year old Christian music institution have until 5 p.m. CST on Tuesday, August 4th to cast their votes in this round that will decide the official nominees for the 46th annual Dove Awards ceremony taking place October 13, 2015 at Lipscomb University’s Allen Arena in Nashville, TN. The nominees will be announced during an August 12th press conference at Lipscomb University.

Former Atlanta, GA elementary school teacher Casey J has taken the gospel world by storm with her acoustic soul approach to praise and worship music. Her debut single “Fill Me Up” spent 14 weeks at #1* on Billboard’s Gospel Airplay chart and her sophomore radio single “I’m Yours’ just cracked the Billboard Gospel Airplay Top 30 this week. Both tracks hail from Casey’s #1 album “The Truth.” Casey surfaces in these categories:

Pastor Charles Jenkins & Fellowship Chicago follow up their staggering 2012 radio smash “Awesome” that spent 22 weeks at #1* on Billboard’s Hot Gospel Songs chart with a new anthem. They came back strong this year with the down-home, foot stomper “#WAR” that is has been #2 on Billboard’s Gospel Airplay chart for five weeks and hails from his #1 album “Any Given Sunday.” The ensemble appears in these categories:

Former Dove/Stellar Award nominated child gospel star Bryan Andrew Wilson who rose to fame singing “His Eye is on the Sparrow” with The Mississippi Children’s Choir has finally broken the child star curse and been taken serious as an adult artist. His Top 20 comeback album “The One Percent” features the Billboard Top 15 Gospel Airplay hit “Turning Away” and his new Top 40 cover of Jesus Culture’s “Show Me Your Glory.”
Bryan’s music shows up in these categories:

All three artists completed dynamic performances this week on the 35th season of BET’s longstanding “Bobby Jones Gospel” television program that is signing off after this season that will make it the longest running program in cable television history. Capital Entertainment is a public relations firm that was launched in 1996 and has worked with a who’s who of personalities in music, film, sports and politics.