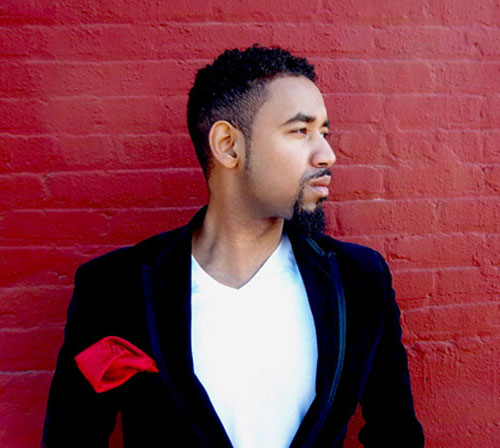 Seasoned singer/songwriter Bryan Andrew Wilson’s new radio single “Turning Away” has debuted at #29 on this week’s Billboard Gospel Airplay chart and at #23 on the Mediabase Gospel chart – his highest charting radio single since his days as a teen gospel star in the 1990s. The Black Gospel Blog’s Bob Marovich named the song his Pick of the Week a few days ago and also wrote that the song is “Wilson’s magnum opus and a contender for one of the best sounding gospel singles of 2014.”

Meanwhile, Wilson has taped a motivational message for the June 16th edition of the nationally-syndicated “Yolanda Adams Morning Show” and the song will make its debut on the radio program the following day as a New Music Tuesday feature. Tuesday the 17th is also the day that Wilson’s first studio CD in five years – “The One Percent” (EchoPark JDI Entertainment) – will be released in the USA and Canada.  The musical roots of the project are soiled with rhythms ranging from Stevie Wonder-styled ballads and Motown Soul to Caribbean and Go-Go beats.

“This album reflects who I am as a grown man and a believer more than any other album I’ve recorded,” Wilson says of the project that will be stocked in major chains such as Wal-Mart and also available online at iTunes and Amazon.com. ““I’m excited about it because I put my all into it and wrote or co-wrote 10 of the 13 songs. There’s very little programming and the album has a really warm sound like a lot of the great records from the `70s. I haven’t invented anything new. It’s just a reminder of a certain sound I grew up loving about music that got a little lost with some of the new age production styles.”

The album title hails from the Biblical Parable of the Lost Sheep. “The message is to neglect no one and to leave no one behind – emotionally, spiritually or in terms of their human needs,” says Wilson who is also a preacher and traveling evangelist. He made his big splash in the gospel pool as the ten year old soloist for “His Eye is on the Sparrow” with The Mississippi Children’s Choir in 1994.  His debut CD “Bryan’s Songs” was produced by the late Walter Hawkins, John P. Kee and Kirk Franklin. Wilson earned Dove and Stellar Award nominations for his music and made cameos on Malaco Records sessions with Rev. James Moore and LaShun Pace. After a recording hiatus to attend Claflin University and Princeton Theological Seminary, Wilson returned to the recording booth in 2008.