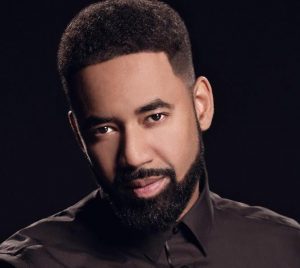 Dove/Stellar Award nominated singer Bryan Andrew Wilson’s House of United Believers organization is hosting a “Holy Unity” conference and revival this week in Atlanta. It kicks off Thursday @7:00 PM with guest speaker Floyd E. Nelson who is known as the dancing pastor. On Friday @7:00 PM the 19-year old powerhouse singer Jekalyn Carr who has been evangelizing most of her young life will preach a dynamic sermon. Her current radio hit “Bigger” was No. 1 on last week’s Billboard Gospel Airplay chart. On Saturday @1:00 PM Wilson will close the conference with a soul-stirring message. There is no admission charge and the event runs October 20th through October 22nd at Restoration Revival Church (COGIC) at 1445 Fulton Avenue, East Point, GA 30344. Wilson, a seasoned music veteran, is known for his radio hits such as “Turning Away” and “Everybody Clap Your Hands.” His most recent hit “Overflow” peaked at No. 1 on Billboard Magazine’s Recurrent Gospel Chart in 2016.