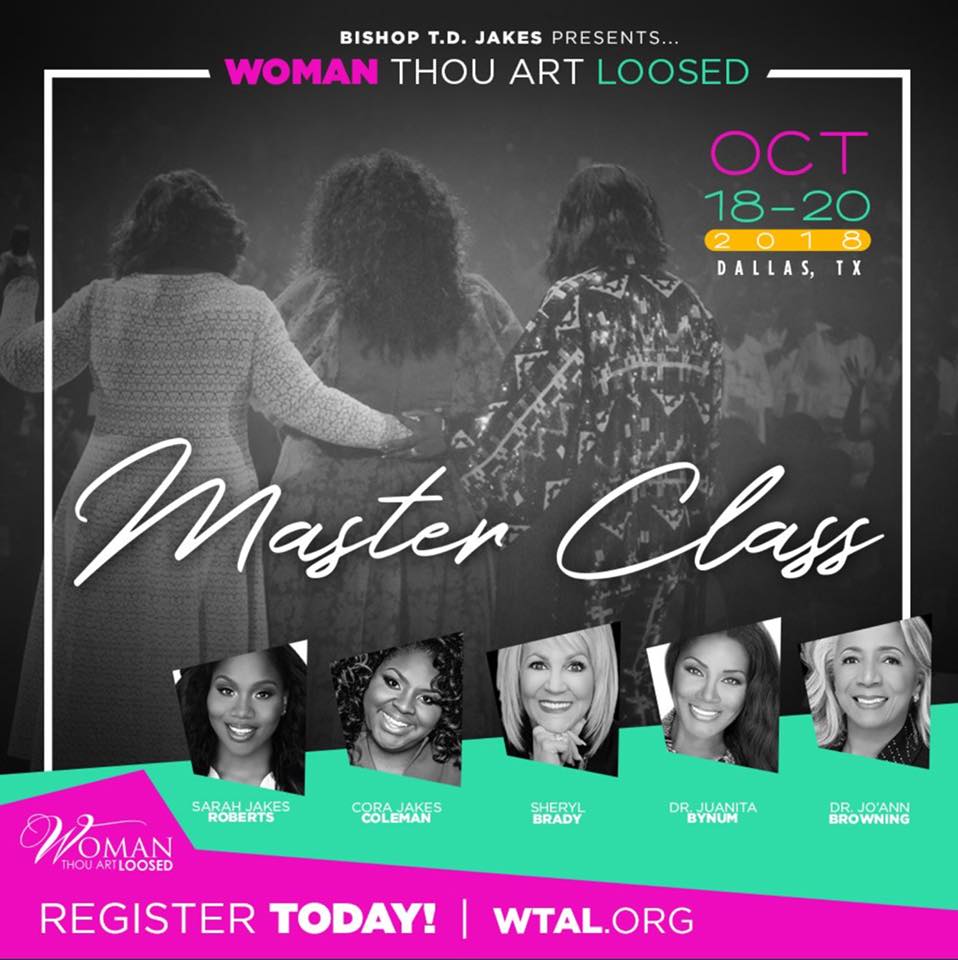 Top women powerhouse executives, including Cynthia Marshall, CEO of the Dallas Mavericks, and Nona Jones, manager of global faith-based partnerships for Facebook, are leading the way at Bishop T. D. Jakes’ new Master Class format for the Woman, Thou Art Loosed! conference (Oct. 18 – 20)—a movement that has been training, teaching and inspiring more than half a million women for more than 25 years. Never before have the breakout sessions at the event focused more on enhancing women’s entrepreneurial skills and helping them maximize their impact across multiple areas. Marshall is leading a breakout session on how women leaders can succeed in a male-dominated work environment.

Led by top international, spiritual-minded businesswomen, the breakout sessions will also address topics such as:

Since its inception in 1992, Woman, Thou Art Loosed! has championed the cause of women through powerful preaching, inspirational teaching and worship. What began as a women’s Bible study has led to a best-selling book, a widely acclaimed stage play, a Grammy-nominated CD and a national conference. Women from across the U.S. and 16 countries including Canada, South Africa, the United Kingdom and the Netherlands have already registered for the Woman, Thou Art Loosed! Master Class conference.