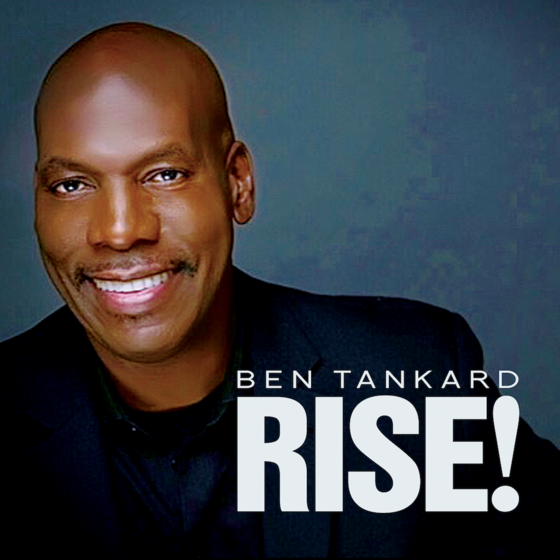 Without a doubt, Jazz man Ben Tankard is the most decorated Gospel/Jazz artist of all time.  His catalog of albums has garnered the musician every national award and accredited chart status that exists for his genre.

His current album RISE! earned Tankard his 18th Stellar Gospel Music Award nomination and his first #1 single on the Billboard Smooth Jazz Radio chart.  His new fresh single “Passionfruit” is also rapidly being added to playlists and is climbing up the radio chart.

“Passionfruit” is Tankards savvy cover of the 2017 hit by multiple platinum-selling rap artist Drake. “Passionfruit” is the #1 most added Billboard Smooth Jazz radio song this week.  The single is the second hit from RISE! and has helped Tankard receive two 2020 Steeple Award Nominations for CD of the Year and Best Collaboration Performance (w/Kurt Whalum, “It’s Working”).  The 5th Annual Steeple Awards will be handed out on August 1st in Atlanta, GA. 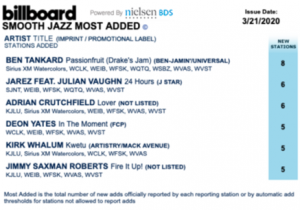 Tankard continues on his usual fast-paced tour schedule promoting the RISE! album and ministering in churches small and large across the globe.  His RISE Tour will impact 60 cities this year and is sponsored by Shell Aviation.  Tankard is a certified private pilot who is always willing to fly to small communities that normally can’t afford to book an “A-list” artist for a concert.

“My tour will go on whether there are 10 people, 250 people, or thousands of people,” Tankard shares.  “People need to ‘rise’ and are seeking encouragement.  No matter what happens in this nation, I believe the three entities that will ALWAYS remain open are the Police Department, Hospitals, and Churches.”

Tankard and his large family are still on point for another season of The Tankards family reality TV show.  Taping has resumed this month with a family dinner scene at the Tankard Palace home.  Viewers can catch a sneak-peek of the new season soon.

Beginning Sunday, March 29, fans can join Tankard on his Ben Tankard Music Facebook page for “Smooth Sundays with Tank” live from 7-7:30 pm Central.  Tankard will play some of his hits, answer questions, and have family and friends stopping in.

As Tankard and his family keep on loving, laughing and diving into adventures, Ben’s true heart is in ministry and to see people well and victorious.  “I’m praying victory for our nation – that we will rise above the fear of the unknown.  I encourage everyone to trust God with the end of the story – He has the last say so.”