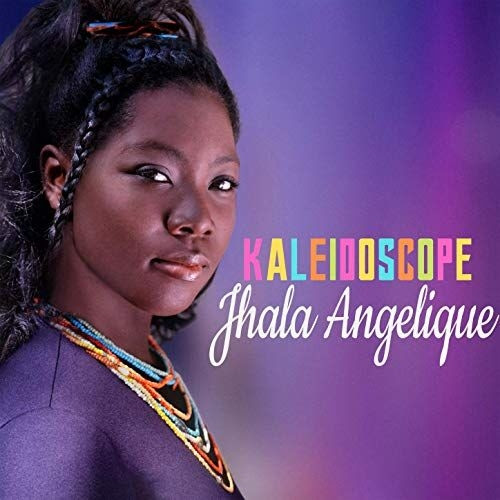 12 year old actress, anti-bully activist & recording artist JHALA ANGELIQUE releases new single titled “Kaleidoscope”. Also known as a child prodigy Jhala is making her sparkling music debut with an anthem for the ages. “Kaleidoscope” positively promotes the importance of having strong self-image and recognizing the beauty within that we all have.

In 2018 Jhala Angelique was the winner of the Los Angeles acclaimed and celebrated “A Taste of Soul” and “StarQuest” singing competitions. Jhala is a fast-rising vocal dynamo who sees her future not merely as a catch-all for superstardom but as a catalyst for positive change in the hearts and minds of her generation. As young Jhala launches her music career many listeners have said she brings with “Kaleidoscope” one of the most dynamic and empowering messages to come along since “The Greatest Love of All”. “Kaleidoscope” is now available for streaming and downloads on all digital outlets.

Jhala (pronounced Jay-lah’ and meaning “God is with you”) is a Los Angelesnative who was attending school in Fontana when she became a victim of bullying in 2nd grade. “I was a happy, high-energy kid before my mom started seeing a change,” Jhala shares. “She asked me a series of questions which led to me telling her what was happening to me. I was just 7-years-old and the only Black kid in my class. A group of girls would run up during recess and take turns hitting me, calling me names because of the color of my skin. My mother immediately demanded many meetings with the principal, parents and my teacher who instigated some of the attacks. At the end of the semester, she made the decision to homeschool me.” “I later heard about kids that were bullied committing suicide,” Jhala continues. “I told my Mom I wanted to be a voice of change. So, I started my anti-bullying campaign on YouTube to encourage my peers to unite and stand up to bullying!