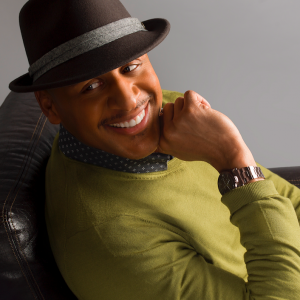 Coming off a powerful performance on BET’s Celebration of Gospel this past Sunday, Brian Courtney Wilson elevates to new heights with plans for an exciting 2016.

Wilson, whose current album WORTH FIGHTING FOR,continues to impact audiences whiles maintaining a solid position on the charts and on radio. The project has earned Wilson a Dove Award and Grammy nomination. Driving the charge is Wilson’s title track, “Worth Fighting For,” which has connected with listeners around the world. The popular single has been a radio favorite spending over 30 weeks in the Top 5 on gospel radio and was the number 1 most heard gospel song of last year.

Wilson’s follow-up single, “I’ll Just Say Yes,” is impacting radio now. The sweeping worship ballad is already a favorite in churches around the country and speaks passionately to submitting ourselves to God.

Wilson is slated to appear on TV One later this month on the BMI Trailblazers special airing on February 19, 2016 at 8:00pm EST. Brian, along with Grammy winner Yolanda Adams, participated in the all-star BMI tribute to Bebe and Cece Winans. Wilson and Adams performed a stand-out version of Winans’ hit song “Addictive Love.” Additionally, Wilson will perform his hit single on the 31st Annual Stellar Awards which tapes on February 20.

Spending the month in California working on new projects, Wilson will attend this year’s Grammy Awards on February 15, where he celebrates his first nomination in the Best Gospel Performance /Song category. He culminates his time in LA when he hits the big stage starring in the stage play, “I’m Only Human.” The play will debut at the historic Wilshire Ebell Theater in Los Angeles on March 5th.