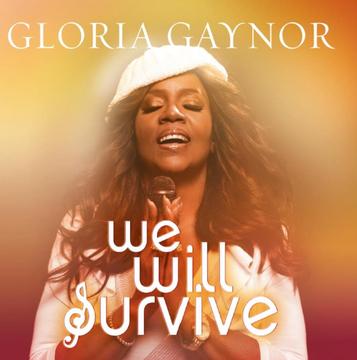 Grammy Award-winning singer GLORIA GAYNOR took the music world by storm in the 1970s, striking platinum with her disco hit “I Will Survive”.   “I Will Survive” was the only song to earn a Grammy for Best Disco Recording and was one of only twenty-five songs inducted into the Grammy Hall of Fame in 2012.

On September 19, 2005 Gaynor, along with her hit song “I Will Survive” were inducted into the Dance Music Hall of Fame during a ceremony that took place in New York City. “I Will Survive”, has been featured on the soundtrack of more than a half dozen major motion picture releases, and VH-1 honored Ms. Gaynor with the number one spot during their countdown of the Top 100 Dance Records of All Time.

Over the years, the disco legend has received thousands of personal messages from adoring fans whose lives have been transformed by this timeless song.  Their remarkable stories reveal that “I Will Survive” has reached people from all walks of life who have faced life altering moments.  From individuals triumphing over illness, to those suffering from the painful loss of a loved one, or those piecing their lives together after bearing witness to a national tragedy,  “I Will Survive” has become an emotional anthem of hope and resilience.

“I Will Survive – a timeless anthem empowering those reaching for positive change in their lives, a sing-along sound track supporting those in a period of change, often from a dark place to somewhere brighter” – Tina Turner

The legendary singer has added another milestone to her career.  Gloria Gaynor will release her first Gospel album exclusively on AMAZON.COM on November 26appropriately titled WE WILL SURVIVE.   “Recording a Gospel album was something I’ve wanted to do for years, but my manager and husband kept putting me off,” Gaynor shares.  “Now that I’m in control of my own career, I decided to take advantage of the opportunity and combine the four things I believe I was created to do – sing, write, teach, and share my faith.”

In 2011, Gaynor traveled to Nashville to begin recording her Gospel CD.   “You’re Right On Time” is her first radio single, which is a beautifully fashioned ballad with a sincere and powerful message of reassurance.  “While in Nashville, I wrote the single with Chris Tompkins who already had the first line of the song  – ‘I’ve been down without a prayer’, then we prayed before we began working together,” she continues.   “He started with the melody and music, and the rest of the lyrics just flowed out of me.”

This collection of inspiring songs is special to Gaynor in many ways. “This is the first project I’ve ever done with a dual purpose in mind – to create a CD that is inspirational and that would complement my new book, WE WILL SURVIVE,” Gaynor explains.   She penned most of the album and invited American Idol finalist Melinda Doolittle to make a special appearance on the project.

With “If I Loved You”, a funky contemporary track, Gaynor challenges listeners to demonstrate their true dedication to serve God.  “Please Let Me Show You” is a passionate melody and account of how victorious life can be if one would just answer the call to righteousness.

WE WILL SURVIVE is a musical encounter of personal testimonies and stories from Gaynor and her fans.  “The past few years have been a big change for me,” Gaynor exposes.  “I went through a divorce and became in charge of my own career,” she continues. “I have a new found freedom to do things in my own way and to express myself more abundantly.”  Her own conquests and triumphs are revealed through this project in which she hopes will give her fans a heightened strength in their faith and receive the love from which it was created.

With the addition of WE WILL SURVIVE to her musical repertoire, the upcoming year continues to be promising with many exciting opportunities ahead as Gaynor moves forward in her incredible life journey.  Gaynor continues to unfold as she proves to the world how she not only is continuing to survive, but living that life in abundance!